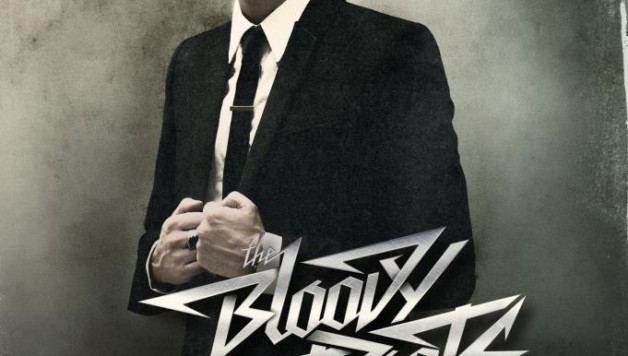 In March, THE PLAYGROUND returns to KOKO for what promises to be one of our biggest nights yet. Headlining the legendary venue will be none other than Sir Bob Cornelius Rifo aka THE BLOODY BEETROOTS in a brand new live performance. Throw in support from mammoth dubstep and electro artists HIGH RANKIN, CUTLINE, STENCHMAN and with BIRTH RECORDS hosting various other artists in Room 2, Camden Town’s most prestigious venue is the hottest place to be on Saturday 9th March 2013.

► Sir Bob Cornelius Rifo aka THE BLOODY BEETROOTS is about to make a statement to the world, starting with a game changing new live show across Europe in early 2013. After spending the last summer touring the world with THE BLOODY BEETROOTS DJ Set and taking a sabbatical from live performing, Sir Bob is coming back to his European roots for nine exclusive dates, with KOKO his preferred London destination. This is THE BLOODY BEETROOTS 2.0.

Making it’s debut in Australia earlier this year, headlining the Boiler Room for the Big Day Out, this will be Europe’s exclusive preview into the new world of THE BLOODY BEETROOTS, and a chance to experience the red-hot new album before it’s release later in 2013.

From the start, Sir Bob Cornelius Rifo aka THE BLOODY BEETROOTS was capable of synergising sonics and sensibilities from THE DAMNED to DEBUSSY, the anthemic wistfulness of new wave and primal screams of hardcore punk, into remarkably actualised efforts that became platforms for larger socio-political historiography and cultural histrionics.

2012 saw Sir Bob Cornelius Rifo release a new single “Chronicles Of A Fallen Love” featuring the haunting vocal of Greta Svabo Bech on Ultra Records following up from earlier single ‘Rocksteady’ with red-hot music videos for each of these.

One of the most eclectic artists signed to ULTRA Records/DIM MAK Records in America, we can’t wait to host the hottest electronica project to come out of Italy.

►Main support comes from dubstep and bass heavyweight HIGH RANKIN. As one of the dubstep scene’s most eccentric personalities, HIGH RANKIN’s love for bass driven music has seen him smashing out single after single on his own label Suicide Dub since 2008. In doing so, he has attracted the attention of high-rollers including SNOOP DOGG and was asked to work on MINISTRY OF SOUND’S ‘The Sound of Dubstep’ Volumes 2&3.

2012 saw him tour with a 5 piece live band consisting of vocals, drums, guitars and synths and we are thrilled to have him back at KOKO to deliver his insane beats, samples and bass driven organised chaos.

► Very few electronic artists can say they’ve had their music played by Trance colossus Paul Van Dyk and Drum & Bass don Andy C in the space of a few weeks, but CUTLINE can. Made up of childhood friends Dan Wiberforce and Jeryl Wilton, CUTLINE have been on the rise in the electronica scene since 2010. They have had releases on UKF, Pilot Records, Never Say Die, HIGHRANKIN’s Suicide Dub and their own label Not Safe For Work.
Their UKF podcast alone collected over 1.2 millions streams and their tracks on YouTube are now surpass a staggering 5,000,000 views.

Not surprising though, with an approach to production that is all-encompassing, CUTLINE make big room tunes that slot neatly between the pigeon holes of electro, dubstep and D&B whilst taking on influences from each genre along the way. KOKO’s main stage will make quite a fit on Saturday 9th March.

► STENCHMAN has been rumbling up-and-down the country for the last few years, spreading his dirty face across the walls of every club as he goes. Having recently played alongside megastars PENDULUM and BASSNECTAR at THE PLAYGROUND 3.0, STENCHMAN has been busy in the studio, collaborating with DOCTOR to release the new single ‘Burning Cold’ on BIRTH RECORDS. This follows up from their previous collaboration ‘Born as a Gangsta’ and continues to demonstrate his ability to create captivating bass drops to match the powerful ‘rude boy’ vocals of DOCTOR and has been picked up by dubstep heavyweight UKF.

STENCHMAN is now inflicting his audio assaults on unsuspecting ravers worldwide, making people dance in an animalistic nature to his twisted rhythms and humorous samples.